The stock market is not the economy.

Misunderstandings about the relationship between stocks and the economy need to be cleared up.

The economy and the stock market are different. It’s important to get it right.

The stock market is not the economy.

It’s an important distinction to make. Confusing the two is a common mistake that hampers productive discussion about economic insights today.

So what’s the difference? And why does it matter?

The economy encompasses all activity related to making, selling, and buying goods and services we use to sustain our standard of living.

The stock market is the activity of buying and selling shares of ownership in a subset of companies that’re part of the economy.

With the economy, measures of performance apply to everybody: the unemployment rate gauges the strength of the overall job market; inflation rates reveal changes in prices for all goods and services; the combined spending of consumers, businesses, and governments shows total activity and growth.

In contrast, the stock market does not apply to everybody directly. Only half the U.S. population owns stock, and only about one-third of workers are employed by companies whose stock is traded on the market.

Even measures of stock market performance provide limited information. Stocks are tracked using indexes, such as the Dow Jones Industrial Index or the S&P 500 Index. These are lists of companies chosen to represent the market and are limited by design.

When indexes are up, that means shares of ownership in the companies on those lists have become more valuable to the investors that trade them. And that’s all it means.

This isn’t to say that the stock market is unimportant—it is important. But we need to be honest about the difference between stocks and the economy.

Stocks and the economy are related. But the nature of that relationship isn’t always clear.

While the two are different, they are related. The companies whose shares of ownership are traded on the stock market—publicly traded corporations—are a key component of the economy.

When stock prices change, it reflects changes in how investors feel about owning a share of these companies.

This means something to the broader economy, but researchers have trouble agreeing on exactly what that meaning is.

It’s hard to say. But sometimes the connection between the two seems limited, inconsistent, or downright confounding.

Take April of 2020, when the S&P 500 stock index saw its best month in 33 years. This while pandemic shutdowns paralyzed economy activity, 20.5 million people lost their jobs, and the economy entered a severe recession.

Now consider the month we just wrapped, April 2022, where the S&P 500 fell 8.8% registering its worst month since 1970. Meanwhile unemployment is near record lows, consumer spending is strong, and household finances are historically sound. Go figure.

This gives credence to a joke among economists that stock markets have predicted 9 of the last 5 recessions.

In fact, economists who’ve studied the performance of stock markets over time say there’s not a lot of evidence that actual economic activity matters to stock prices at all. Fluctuations in the stock market can be completely independent of overall economic health.

So what’s a person to make of all this?

Let’s be honest about what the stock market does tell us. And what it doesn’t.

When stock indexes are up it tells us ownership in publicly traded companies is more valuable to investors. And that’s all it tells us.

If we’re looking to parse more information out of it, we need to dig deeper into what drives those price changes.

What’re the underlying forces that determine stock prices? Look no further than some good old-fashioned supply and demand.

But this actually complicates our analysis, as supply and demand for stocks is driven by a little bit of everything.

Investors respond to all sorts of triggers: news about the economy, company earnings, the Fed, politics, pandemics, weather events, you name it. Investors are efficient at processing information into decisions, but we don’t always know what information that’ll be or how investors will take it.

And these decisions are driven by both minds and hearts, which adds to the mercurial nature of the marketplace.

So what do stock prices tell us about the economy? Sometimes maybe something. Other times maybe nothing.

The stock market is important but it’s hardly the whole economic picture. 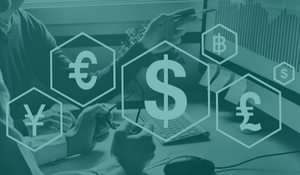 U.S. dollars are nearly as valuable as euros today, which is a mixed blessing with major... 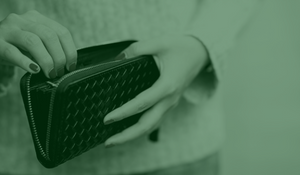 Households are rearranging their budgets, which matters for the economy. Consumer spending has... 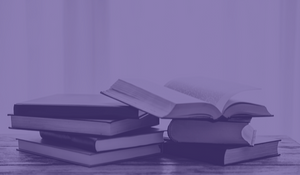